Annyeonghaseyo, and back to my mother tongue (English) , this is my first blog post so please treat me well.

So, it's obvious that S.M. Entertainment has never been known for it's great rappers, and though S.M. is one of three of the top K-POP Agencies, rapping skill is something they lack. Now, it can be debatable, in no way am I saying that idols such as Eunhyuk, Chanyeol, Sehun, Irene e.g. are bad rappers, it's just not really the strong point of their agency.

Vocals are definately the opposite when it comes to S.M. Entertainment, I mean c'mon! Wendy, Baekhyun and Yesung, there are so many more, S.M. is quite well known for their incredibly talented vocalists.

So, why are S.M. 's rappers no longer overlooked? Well, NCT debuted in 2016 with their first song The 7th Sense, which featured the skillful swagger of the youngest rapper Mark, the calm confidence of Ten and the unique voice of Taeyong. All three rappers repainted S.M. 's rapping wall of 'shame' in every sense.

As the NCT sub-units expanded we were introduced to NCT U's Lucas and NCT DREAM's Jaemin and Jeno. Though NCT has more rappers than those I've noted, I believe the ones I've highlighted to be the most talented.

And that's okay, but I think that rappers are just as liked as vocalists and that's probably a disadvantage point for S.M. but NCT has definitely changed that. Taeyong and Mark stand out the most I think (even though Ten is my ult.) their unique swagger, voices and techniques are something I believe that YG Entertainment missed out on.

I have no doubt that if they'd not signed with S.M. that they would be under YG right now. I think that sure you can practice rapping over and over, but I believe it takes dedication and natural swagger to be able to rap well, and that's something I think NCT have.

I hope that we see more lines for Jaemin and Jeno in DREAM, more rapping verses for the other rappers in NCT 127 and more and more Lucas.

Anyway, that's all. I adore Sehun and Eunhyuk and all other S.M. rappers that aren't in NCT, so no hate on them! I think that they are doing well and don't discourage them at all. 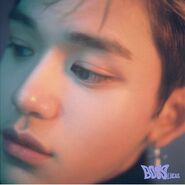 Add a photo to this gallery
Retrieved from "https://smtown-nctzens.fandom.com/wiki/User_blog:Methodactor/The_Superior_Rapper_Line_Of_SM?oldid=7860"
Community content is available under CC-BY-SA unless otherwise noted.
FandomShop Newsletter GalaxyQuest